Posted on March 3, 2016 by theurbanllama 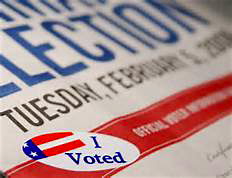 People best start getting their heads around the 2016 race for president being between Donald Trump and Hillary Clinton.

The Democratic race is all but over. Clinton took Alabama, Arkansas, Georgia, Massachusetts, Tennessee, Texas and Virginia.

Bernie Sanders broke through in Colorado, Minnesota, Oklahoma and Vermont.

A look inside the totals saw Clinton earn an 85/14 split with African-Americans; 66/33 with Hispanics; and 51/46 with Whites. That is game over.

Since the Democrats don’t have winner-take-all states, Sanders will keep picking up delegates, but Clinton leads big 1,074 to 426.

The real action Tuesday took place on the Republican side as Donald Trump won Alabama, Arkansas, Georgia, Massachusetts, Tennessee, Vermont and Virginia, solidifying his position as the likely GOP nominee.

This realization sent shock waves through the Republican establishment, as if pirates had invaded the ship and a hostile takeover was underway.

Cruz held serve in Texas, allowing him to stay in the race with some viability, and captured Alaska and Oklahoma. Marco Rubio took home his first victory with Minnesota.

The GOP nomination remains in question, but Trump has a decided advantage as he has amassed 325 delegates on the way to the necessary 1,237 needed to earn the nomination.

It is becoming clear a fracturing has occurred within the Republican Party, with Trump and his new supporters taking the GOP along on a spray tan fueled glory ride.

It didn’t help that Trump threatened Sen. Paul Ryan during his victory press conference Tuesday night, should the Speaker of the House fail to play ball with the Trumpsters’ policy initiatives.

It’s difficult to see how a Trump presidency will get far if the future chief executive succeeds in alienating the Speaker of the House and Mitch McConnell before even winning the nomination.

What Republicans are worried about is the damage Trump is doing to their conservative brand. It has grown impossible to recognize the party’s core values inside Trump’s politics of exclusion, religious oppression and racial intolerance.

This leaves the GOP with having to run a “Stop Trump” campaign from here on out. If Rubio and Kasich can win their home states of Florida and Ohio, there is a chance Trump can be denied a plurality of the delegates needed before the Republican convention.

Trump would have the most delegates of any single candidate, but Cruz, Rubio and Kasich would hold a greater collective number. This would allow one vote to be taken at the convention with delegates holding to their pledged candidates. On the second vote delegates would be free to coalesce behind any candidate they choose.

That could be someone already running or a new candidate, thus denying Trump the nomination.

This scenario is a long shot. With Trump’s current earned delegates and the number of upcoming states where the frontrunner is leading in polls, it’s likely he will hit the 1,237 delegates required to secure the nomination.

The other option being floated is to run a separate candidate chosen by the GOP establishment to run under say the Constitutional Party. It would be someone clearly vetted, like Mitt Romney or Paul Ryan – that would be specifically designed to confront and split votes away from the Trumpster.

Evidently, there are enough complaints coming from party loyalists that indicate they simply will stay home if Trump is the nominee.

That is trouble for all the Republican senators, congressmen and governors running.

Giving mainstream conservative voters an option like Romney isn’t great, but it could appease them enough to show up at the polls and pull the lever for other down-ballot GOP candidates.

The shocking realization here is both of these options involves the Republicans basically ceding the election to Hillary Clinton – and they are okay with that. It’s considered better than the Trump alternative.