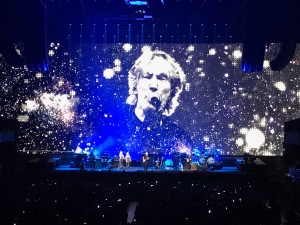 As a kid that attended high school in the early 1980s, I grew up on a steady diet of “Summer of Love” psychedelia and heavy 70’s acid rock. Guiding my adolescent journey to misadventure was: Hendrix, Joplin, the Stones, Creedence, Neil Young, the Doors, Dylan, the Grateful Dead, Skynyrd, Zeppelin… Those were my poets. They illuminated a path to experimentation and enlightenment down camouflaged alleys, requiring potent elixirs to unlock their elusive locations.

Chief among my cadre of kaleidoscopic cowboys was Pink Floyd. With their spaced out sound, introspection into the human existence, and demonizing of a corrupt ruling class, Roger Waters, David Gilmour, Nick Mason and Rick Wright were seekers of the first order. They delved into dark places of the human mind, with only a headlamp (and weighty doses of psychotropic substances) to guide them.

Early career curiosity into sonic manipulation rewarded the British band with its 1973 masterpiece, Dark Side of the Moon. This scored Floyd a No. 1 album in America. That’s no small accomplishment, but unlike really any other disc, it failed to drop off the charts. Week after week grew to months, that then became years. Oddly its popularity wasn’t driven by individual hit records. This was a concept album, five tracks on each side of unending music that segued, flowing seamlessly, designed to reflect the various stages of human life, beginning and ending with the sound of a human heartbeat.

From the conceptualization behind “Dark Side,” to the music, the album artwork, and tributes – this is one of those gateway recordings that continues to be discovered by new generations. It’s multi-layered complexities and soundscape seduce the senses of new audiences, giving it everlasting life. One of the odder myths surrounding “Dark Side” is its  rumored creation as a soundtrack to the 1939 film, The Wizard of Oz. If the album is started at a precise moment and played together with the movie there are certain coincidental events that transpire in the movie that match up with corresponding lyric content from “Dark Side.” The members of Pink Floyd deny this, but this stuff becomes legend in rock music and does wonders for continued album sales.

As popular as the band had gotten, touring in large venues had made Waters reclusive, and it proved impossible to find these lads out playing live. The band broke up in 1985, seeing Waters go out on his own, as Gilmour, Wright and Mason retained the Pink Floyd name and released A Momentary Lapse of Reason in 1987, touring extensively on it through 1990. This was followed by The Division Bell in 1994, and another massive world tour. Meanwhile Waters continued recording and touring on his solo material, but played smaller venues.

The brilliance of Waters was to recognize the ever-present popularity of Dark Side of the Moon. He built a tour around playing “Dark Side” in its entirety, with all the Floyd trappings of stereophonic quality sound, expert musicianship, tripped out graphics and flying pigs. It was successful beyond all expectations, selling out venues from 2006-2008. Piggybacking upon this, Waters put together a full version of The Wall tour and took it across the globe in 2010. As of 2013, Waters’ tour of The Wall was the highest-grossing of all time by a solo artist.

Having seen both the Floyd tours and Waters on his “Dark Side” rendition, it was a no brainer that I was down for catching the Pink Floyd leader in Louisville at the KFC Yum! Center on his current US + THEM tour.

This was only the second stop on the tour, so it wasn’t possible to get a gist of the setlist until a few days before the show. Spontaneity is not something Floyd does live. Due to the effects and video choreography, the setlist for a tour fails to vary. Considering Waters’ philosophical leanings, chances were things would get political.

As darkness enveloped the arena a massive video screen like something from a battleship projected crusty amorphous objects floating slowly past under water. Then the lunatical voices from inside the mind began to chirp in the background, and a pulse started emanating, thumping through the video, beating as the song “Breathe” roared to life.

Optimism was quickly extinguished as the distorted bass lines echoed next for One Of These Days. The accompanying video took viewers through a dimly lit passageway in pristine clarity, as lights flashed on and off, revealing the next step forward. My imagination put me in the place I would least like to be found if abducted by a serial killer. It came to an eery crescendo as the single fuzzed-out lyric was uttered, “One of these days I’m going to cut you into little pieces.”

The remainder of the first set was a mixed bag. There were several tracks from “Dark Side,” four tunes in a row from Waters’ new solo disc, Is This The Life We Really Want?, sandwiched between, Welcome To The Machine and Wish You Were Here. The new material was solid and could be assimilated into the classics that dominated the set.

The political commentary for the evening got started in earnest as the first set closed with Another Brick in the Wall Part 2. Waters hammered home any hidden message linking the concept of isolationism behind The Wall to Donald Trump’s desire for a blockade across the southern United States.

The message of “We Don’t Need No Education” was given a Black Lives Matter-spin, as a group of grade-schoolers from the Baxter Community Center joined Waters on stage. Clad in orange jailhouse jumpsuits, they swayed with their heads bowed until the climax, when they peeled off the jumpsuits and danced freely, revealing t-shirts emblazoned with the word “RESIST.” This word went up in huge letters on the video screen behind the stage and would remain a theme throughout the show.

Coming back to my seat after the intermission sounds of traffic clutter filled the arena. As the lights slowly extinguished, fire-truck and police sirens wailed, as helicopter blades cut through the air and radio transmissions crackled simultaneously through the surround sound. A submarine collision horn signaled the descent of an expandable replica of London’s Battersea Power Station, made famous on the cover of the band’s 1977 concept album Animals, complete with steaming smoke stacks and flashing warning lights.

Mr. Trump’s cult of personality and inflated ego flowed effortlessly into similar behavioral critiques exemplified by Waters on Floyd’s Animals LP, depicting class warfare from 1970s Britain through the roles of combative dogs, the despotic ruthless pigs, and the “mindless and unquestioning herd” of sheep.

After the second set opened with the nearly 20 minute behemoth that is Dogs (amazing!), another track from Animals, Pigs (Three Different Ones) was reimagined as an anti-Trump anthem. With its direct subject matter of a wealthy ruling class feeding on the poor, Trump’s picture was plastered across screens in pastel images with the word “CHARADE” stamped across it.

Trump’s head was superimposed onto the body of a pig, a little baby Trump was cradled by Vladimir Putin, and a Romanesque statue in Trump’s likeness suffered from the small hands/small penis combo. Meanwhile a giant remote-controlled oink-oink flew around inside the arena, with Trump’s eyes gouged out, bleeding, dollar signs in their place.

Waters does not do subtle.

A powerful moment came when Trump quotes flashed in white against the black screen, one after another. Very minimalist, each left to stand on its own, as the band finished playing in the background. Air was sucked out of the building as viewers inhaled the silence of discomfort. Republicans and Trump supporters in attendance were squirming. Even without audio, I could hear Trump utter these disparaging statements. 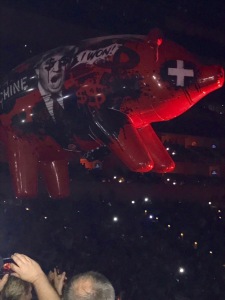 Some in the crowd booed. Others got up and left the arena, cursing under their breath. Many sat in stunned silence. It was hard watching this characterization for Trump defenders. It called into question their responsibility for installing this train wreck in office, and the tragic example he offers young people. This was a classic example of frat boys from college who used to party to this music but never noticed the lyrics. Now they are bankers and attorneys who paid big money for the good seats, only to be chased away by an inconvenient truth.

It got worse from there, as visuals of global warming’s impact were telecast in graphic detail. The question of privilege was raised, as the differences of living in the U.S. or Great Britain was contrasted against life in war ravaged nations. A debris field of concrete rubble showed all that remained from what once was a city, and swooping views of a refugee camp forced one to imagine life inside. It was sickening to watch children climb through massive garbage piles in high-def color, crouched in the intense heat, combing through trash for something edible. 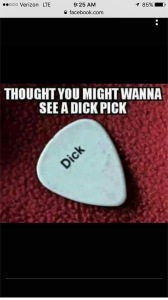 This was tough sledding. We all know terrorism and global warming are feeding a humanitarian plight for refugees, but it’s not being addressed. This performance was meant to get attendees out of their comfort zones and feel the immediate devastation. It was successful.

Waters was in superior voice and shape, supported by a nine piece band that ably took command of the Floyd catalog to bring these songs to life. There is no replacing a David Gilmour, and in this instance it took two men to cover his talents. Dave Kilminster nailed numerous Gilmour guitar solos, while folk rocker Jonathan Wilson supplied vocals. Kudos to Joey Waronker for his brilliant percussion work.

This was a visually stunning performance. Waters has matched his Pink Floyd mates by delivering such potent renditions of these iconic songs, and taken a step forward by introducing current political relevance to songs written 40 years ago.

Dates are currently scheduled for the Roger Waters US + THEM tour through the end of October in North America.