The Trumpster took to the air last Friday with his merry band of pranksters, to embark on his first foreign journey since taking office. The nine-day carnival ride is stopping in Saudi Arabia, Israel, Bethlehem, a sit down with the pope at the Vatican, Brussels and finally Sicily before heading home May 27.

It’s amusing that Trump had to venture to Riyadh to gain the fanfare and adulation he so desperately seeks in America. While he did pull off a long shot victory in winning the presidency, Trump was a damaged goods from the campaign trail for all his bluster, misogyny, xenophobia, and white nationalism.

Things only worsened once he began transitioning into the presidency with his questionable choices for staff and cabinet positions. Then the Russia investigation went public. There was no honeymoon period for Trump, which was of his own doing. But the president feels he deserves more love from the press and other detractors.

This made all the pomp and circumstance the Saudi royals lavished on Trump that much more welcomed by the beleaguered neophyte president. Evidently in Saudi Arabia Trump’s daughter, Ivanka, is held curiously in high esteem. I don’t get that, but I will say it has been powerful to see the first lady and Ivanka prominently accompanying the president in a country where women’s rights and human rights are tragically suppressed.

Meanwhile back in Washington a firestorm was raging on several fronts for a White House consumed by scandal over inappropriate Russian contacts, the haphazard firing of former FBI Director James Comey, and an inability to adequately run the country.

Michael Flynn, the former National Security Advisor who was forced to resign due to lying about his contacts with Russian operatives and for having served as an agent of the Turkish government, refused to comply with a subpoena to provide records to the Senate Intelligence Committee and is invoking his Fifth Amendment rights.

Subsequent subpoenas have been issued for records from Flynn’s two private businesses as well. The two leaders of the Senate Intelligence Committee are weighing the option of a contempt charge against Flynn. Any daydream that Flynn might be granted immunity to testify appears remote. Instead it’s likely he will be squeezed to provide information because he is vulnerable to unlawful contact charges and possible influence peddling. Democrats say new documents show Flynn lied to investigators about trips he made to Russia and misled Pentagon officials about his contacts with Russians when he was renewing his security clearance in early 2016. 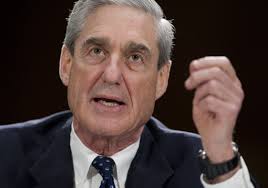 Robert Mueller, the former FBI director appointed as special prosecutor to oversee the Justice Department’s investigation into Russia’s contact with the Trump campaign, was briefed on contents of some of the memos that James Comey, the recently fired former director of the FBI, kept to document his conversations with President Trump.

Arguably the biggest development was the revelation President Trump asked Dan Coats, the director of national intelligence, and Adm. Michael Rogers, the director of the National Security Agency, to publicly deny evidence of cooperation between his campaign and Russia during the 2016 presidential election. The president’s treatment of Comey has raised questions about whether he abused his powers by seeking to discredit the FBI investigation or risked giving the impression that he was obstructing justice.

Both Coats and Rogers were uncomfortable with the nature of the president’s request and refused to comply. As the FBI investigation ramped up further and evidence grew stronger, Comey sought additional funds to widen the inquiry into Trump and his associates colluding with Russians so the president fired Comey to cover his tracks – as Trump indicated in his recent interview with Lester Holt from NBC News.

Thickening the plot was testimony from John Brennan, the former CIA director, who confirmed the link between Trump and Russian officials during the 2016 campaign. “It should be clear to everyone that Russia brazenly interfered in our 2016 presidential election process,” said Brennan in testimony to the House Intelligence Committee, “and that they undertook these activities despite our strong protests and explicit warning that they do not do so.”

Brennan indicated that Trump campaign aides and associates repeatedly communicated with senior Russian intelligence officials, and that the information about these contacts rose to the level of being passed along to the FBI for investigation to determine whether collusion took place. “People on a treasonous path …don’t always realize they’re on that path until it’s too late.”

Brennan later confirmed that it wasn’t just the fact that Trump campaign officials communicated with Russians that concerned him – it was which Russians the Trump associates spoke to.

Brennan has served both Republican and Democratic presidents, and has a reputation beyond reproach. Considering the classified nature of much of this information, Brennan could only speak so freely in an open committee session, but this was some of the more damning indications of the evidence piling up against the Trump administration.

With all of this swirling as a backdrop, Trump again showed his impeccable sense of timing by choosing to release his first budget. Politicians from both sides of the aisle reported this harmful and cruel budget proposal was dead on arrival.

Overall, Trump’s budget would cut $1.5 trillion in non-defense spending and $1.4 trillion for Medicaid over the course of a decade, while adding nearly half a trillion dollars to defense spending. Republicans like Sen. Lindsey Graham (SC) and Sen. John McCain (AZ) say they will largely ignore Trump’s proposal.

Here’s hoping The Trumpster enjoyed the rest of his feel good journey overseas. It kind of closed on a sour note as Trump delivered a less than well received speech at the NATO summit in Brussels, and there was the unfortunate bum rush move Trump put on Montenegro’s prime minister so Mr. Personality could elbow his way into the front row of a picture. Why is this man such an embarrassment?

It appears Trump and his staff believe they stayed on message throughout the trip and all this foreign goodwill can magically chill the fervor for answers into his administration’s contacts with Russia, and why running the country is not coming easy. Staff remaining back in Washington and Republican officials are singing a different tune as they’ve been nervously hand wringing awaiting the return of their delusional leader.

It’s abundantly clear none of these issues are going away quietly, and with a special prosecutor such as Robert Mueller involved, rocks will be overturned to see what hides in the dark, pressure will be applied to the complicit, and answers will be found out.