With Saturday marking the 100th day of the Trump administration, there is a longstanding tradition of evaluation that comes with reaching this initial milestone in a new presidency. Sure there is an arbitrary nature in trying to measure an entire administration from only 100 days, yet this century mark serves its purpose as a bellwether for gauging the ability of a new president to make the transition from running a campaign to governing a country.

By any yardstick it’s difficult to give the Trump administration a passing grade. All aspects of its governance, or lack thereof, have been consumed by the same dysfunction and chaos Trump utilized as a candidate, spreading his haphazard style across the White House, Congress and throughout the cabinet agencies.

Deficient examples include: Hundreds of executive level cabinet positions remaining vacant; Trump’s National Security Advisor being forced to resign; a Muslim travel ban was hastily put together and pathetically rolled out before courts twice struck it down for being unconstitutional; the healthcare alternative to Obamacare couldn’t be brought to the House floor for a vote; there’s no border wall; nor is tax reform moving.

Aside from getting his Supreme Court nominee seated, which required lowering the 60-vote threshold to achieve, and ramming some executive orders through, there is nothing for the Trump administration to highlight as a success.

Much of this is Trump’s own fault. He wanted to boast about all the “winning” America would do under his watch, and the ease he would have in correcting the country’s ills, yet there is no winning, and Trump’s job approval ratings are historically low.

In lieu of accomplishments, Trump and his minions have been busy in the run-up to this moment, spinning furiously to downplay the importance of the first 100 days. A last-ditch effort to manufacture some legislative victory was attempted with healthcare again, tax reform and border wall funding, but not even a Republican controlled Congress was willing to stick its neck out for this president.

Trump is dying to hit these walk off legislative home runs to make a splash, but failed to offer any worthy solutions. It doesn’t help that The Donald only chose family and loyalists to staff his White House, leaving him with no experienced voices for advice, only yes men. 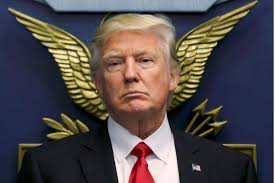 There’s a feeling this president has not adjusted to the pressures and responsibilities of the office, so it serves him well to downplay the 100-day mark. But if he had accomplishments during this same span of time he would be wall-to-wall exclaiming his virtuosity of vision and execution. Instead it’s all rants about fake news and alternative facts as his work product is legitimately critiqued.

What can’t be explained away is out of the first 100 days Donald Trump spent 31 of them at his luxury properties playing golf. His expenditures for pleasure travel are staggering and taxpayer costs for security for himself and family members in alternative locations to the White House scream that this administration is not interested in rolling up its collective sleeves to work for the people.

Any political capital Trump had was eroded by his petty choice to squabble about inauguration crowd sizes, falsely accusing President Obama of tapping his phones, and the ever-expanding investigation into Trump ties with the Russian government.

This was supposed to be the honeymoon period. Coming into office a new president usually has a groundswell of public goodwill, high approval numbers, and especially since Republicans control Congress and the presidency – the votes necessary to move signature legislation. If Trump can’t get something passed now, when else might it happen. It only gets harder from here.

Ironically, as the former boss on “The Apprentice” it’s hard not imagining Trump firing himself at this juncture considering the robust promises he made about all the “winning” America would do versus the abject lies and failure Trump has delivered.

One-hundred days down and it remains unclear whether The Trumpster has the ability to actually function as a president or is merely reprising his role as a reality-based television personality, starring in a show about playing a president. The problem here is we’re not just chasing ratings. There are lives at stake and lasting international implications.

This entry was posted in News, Politics and tagged Donald Trump, First 100 Days, The Apprentice, The Donald, The Trumpster. Bookmark the permalink.