The Improbable Victory of The Trumpster

Posted on December 3, 2016 by theurbanllama 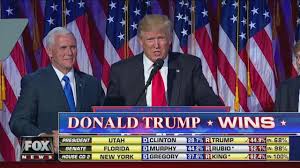 With 25 days now past since the 2016 presidential election, an opportunity can be taken to reflect upon the twisted logic behind why voters ultimately chose to place an old white racist, bigoted, misogynist child like Donald Trump in the White House.

I remain embarrassed at the outcome, but grasp the reasoning behind it. Over the last 20 years, through Republican and Democratic administrations alike, the cost of living and the multitasking required of all that live and work in the United States has only gone up, yet wages, employment opportunities and job security have remained stagnant or decreased. Our lives have not gotten better, just harder.

What Democrats failed to recognize was 2016 became a change election and referendum on the decline of the American dream. There couldn’t have been a more establishment candidate than Hillary Clinton. In hindsight the evidence was there in the candidacy of Sen. Bernie Sanders. This little known 75-year old liberal socialist senator from Vermont seized upon the issues of educational costs, student loan debt, wage inequality, mismanagement by Wall Street and the disparity in treatment afforded the wealthy versus everyone else.

Hillary’s friendship toward Wall Street and the exorbitant sums she was paid for speeches to corrupt investment firms, along with her personal use of a private e-mail server while Secretary of State, were kryptonite around her neck in a change election year.

All I can say is Trump was right. He may be the only person who thought a victory was possible. What made this outcome a reality is one of the most peculiar mixtures of cobbled together voting blocks in American history.

Off the top there was a failure of the Obama Coalition to fully embrace Clinton; the alt-right and individuals that usually don’t support political candidates got behind Trump’s “Crooked Hillary/Lock Her Up” language; and possibly most surprising was the number of Latinos and other minorities that voted Trump even with his anti-immigration rhetoric. I’m at a loss as to why any woman would have backed this charlatan, but more did than possibly expected.

Credit must be given to the Trump team for its low cost campaign style, utilizing large populists rallies, relying on nightly wall-to-wall cable news coverage in lieu of television ads, and its innovative use of Twitter to disseminate his undisciplined messaging.

I just find it ironic that The Trumpster was the change agent voters selected.

Best case scenario is Trump allows himself to be surrounded by veteran appointees that know Washington and how to get things done to steady his inexperience and impulsive nature, but I’m doubtful. After winning the election in such a scorched earth style, my guess is Trump feels like he’s got this and will try running the White House fast and loose.

One thing Washington doesn’t respond to well is unpredictability. So strap in tight Trumpinistas, your agent of change is about to shake up the swamp. My prediction is buyers remorse will set in soon after.

This entry was posted in News, Politics and tagged Donald Trump, Hillary Clinton. Bookmark the permalink.