“The Devil’s Double” Registers on the Creepy Meter

Posted on February 24, 2013 by theurbanllama 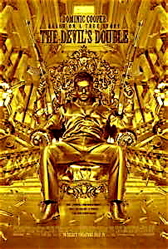 It is a biographical adaptation of how in 1987, Uday Hussein, the eldest son of Saddam Hussein, selected an Iraqi soldier to become his body double and political decoy.

Uday is a narcissistic playboy. He runs about in his sports cars picking and choosing whatever he wishes to play with next. He chooses Latif Yahia, who was a former schoolmate of Uday’s, and shared a likeness to the Iraqi president’s son.

The idea being that there are far too many personal engagements for Hussein to make himself, besides it gets in the way of his partying and someone might take a shot at him.

Latif considers the option but feels it would be the death of his own identity.

The problem is a request from Uday is more like an order.

Latif is placed in prison to think over his “true” final decision, and is informed of what will happen should he not accept Uday’s gracious invitation.

“Please be clear about this, Latif. Uday has chosen you. You belong to him. You have about five minutes to think about this, before a car pulls up outside you house in Al-Adhamiya and your family, every one of them – your father, your mother, your sisters and brothers; is thrown into Abu Ghraib. God willing they will die quickly. I’ve said too much. You have about two minutes left,” said Munem, Hussein’s chief governmental handler.

After realizing this is a Hobson’s choice, Latif relents to playing Hussein.

He is required to have minor cosmetic surgery to smooth his features, and dentures made so his teeth match Uday’s gap-toothed smile.

Latif comes to live with Hussein at his palace so he may learn his mannerisms. They share the trappings of Uday’s fortune, wearing the same designer suits and Rolex watches, traveling in luxury automobiles, and making the all-night party scene.

Hussein calls Latif brother, but he is more like a pet.

Uday has him tied to a table in one scene, where he viciously whips Latif as punishment for leaving a disco without permission after becoming disgusted by Hussein’s behavior.

Without discipline there is chaos Uday is heard muttering.

This is barbaric, but it is only the tip of the atrocities Hussein is capable of perpetrating. 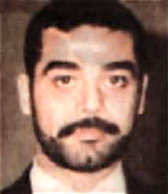 He has the mentality of a spoiled child with the authority of an executioner.

Most disturbing is his penchant for sexual conquest. Uday is a predator, and a pedophile, with an insatiable appetite.

Any woman he sees, whether they are with someone or not, he takes. He gropes and sleeps with anything he wants, including transvestites.

He steals a bride away on her wedding day, and plucks schoolgirls from the streets, lured by his sports cars.

He is a sociopath. One minute happy, smoking his big cigars and hugging friends, the next torturing, raping and murdering, then back again to happy, as if nothing happened.

His behavior and mood swings are rapid, and unpredictable.

No one can tell what will set him off or when.

Like a child, Uday plays endlessly with whatever new toy he has discovered, but when he tires of a woman or acquaintance, instead of simply moving on, he chooses to kill the person, because he can.

It’s uncomfortable to see how little value he places on human life.

Saddam Hussein does discipline Uday physically, and abhors his lustful tendencies, but this is his oldest son, and heir to the throne, so his deplorable and erratic behavior is tolerated.

After Iraq invades Kuwait and the first Gulf War ensues, Uday’s sadistic behavior worsens, to the point that Latif attempts to kill himself and eventually escapes.

This results in Uday killing Latif’s father as a penalty.

Revenge is exacted, and Uday is severely wounded in an assassination attempt, but survives, until U.S. forces killed him, along with his brother Qusay, and Qusay’s son, in 2003.

Dominic Cooper in his role as Latif Yahia and Uday Heussein.

Dominic Cooper is excellent in the role of both Uday and Latif. He provides separate and believable personalities for each character that are both alluring.

It’s eery witnessing Latif practice and grow into becoming Uday, while coexisting under the constant fear these body doubles must endure.

In the end there is no doubt Saddam and his children were evil. It is a good thing they are no longer in power, nor alive. But this film makes you question if it was worth all those U.S. soldiers’ lives and Iraqi civilian deaths to bring that about?

The movie was directed by Lee Tamahori, and released in 2011, with a run-time of 108 minutes.