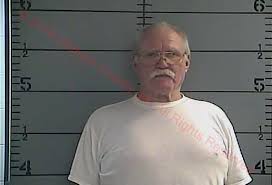 The run for legendary Kentucky pot grower, John Robert “Johnny” Boone, came to a close recently as the 74-year-old was sent to federal prison for four years and nine months under a plea deal for conspiring to grow more than 1,000 plants.

In May 2008, Kentucky State Police officers spotted marijuana on Boone’s farm in Washington County, Kentucky, while conducting aerial surveillance. Some 2,400 plants were recovered by law enforcement at the Springfield site, but Boone fled after the raid to avoid a third bust for marijuana cultivation. Under the Three Strikes Rule he could have faced life in prison without parole.

After being televised as a subject of interest on “America’s Most Wanted” and tracked by law enforcement, Boone was captured in December 2016, by U.S. Marshals in Canada, where he was living under an assumed name in a small town outside Montreal. Authorities returned Boone to Kentucky, where he pled guilty in December 2017, admitting he conspired with other persons to possess more than 1,000 marijuana plants, intending to cultivate and grow the plants and distribute the marijuana when the plants were harvested.

AMERICA’S MOST WANTED – THE LEGEND OF JOHNNY BOONE (2009)

In 1982, Boone served a two-year sentence after being caught by the FBI with more than 500 pounds of marijuana. There was a 1985 conviction for possession with intent to distribute pot. Then came the big bust in 1987, when Boone earned a 20-year sentence, for which he served about 15 years in prison, for running his marijuana cartel known as the ‘Cornbread Mafia.’ 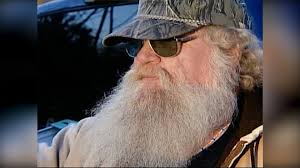 Federal agents seized 182 tons of marijuana from 29 sites in Illinois, Indiana, Kansas, Kentucky, Michigan, Minnesota, Missouri, Nebraska and Wisconsin. The seizure of these pot plants was valued at $350 million. Sixty-four Kentucky residents were charged, 49 of whom lived in Marion County.

Despite his reputation as the ‘Godfather of Grass,’ Boone was looked upon as a Santa Claus figure, due to his long white beard and penchant for giving to those in need. He took care of his community and in return they repaid Boone by refusing to disclose his whereabouts to law enforcement when on the run. 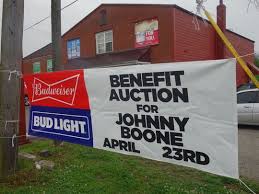 While he may seem a sympathetic figure with his elderly appearance, Boone went about his work strapped with TEC-9 semi-automatic handguns and AR-15 assault rifles. A closer look reveals this Santa Claus was the crime boss over the notorious ‘Cornbread Mafia,’ considered America’s largest domestic marijuana producing organization.

Protection of their crops alone was legendary. Law enforcement officials familiar with Boone’s operation speak of his fondness for Rottweilers. These powerful territorial canines would have their vocal chords surgically removed, and then starved, so they could attack in silence and with great ferocity. Booby traps would be set, such as fish hooks hung at eye level, trip wires tied to dynamite, and live rattlesnakes (with their rattles cut off) were tied to poles in Boone’s marijuana fields so they could strike in silence at unsuspecting poachers. In other instances fields were reportedly guarded by bears and lions, or by workers described as a ‘paramilitary force.’

For a more full recitation of Johnny Boone’s exploits and the rise of his rural criminal enterprise, check out James Higdon’s 2011 book “Cornbread Mafia: A Homegrown Syndicate’s Code of Silence And The Biggest Marijuana Bust In American History.”