Posted on November 7, 2017 by theurbanllama 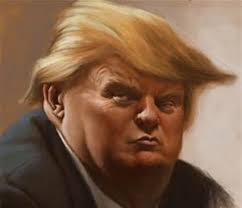 Day 284 in the Trump administration was one to remember. After a year plus of repeated denials from President Trump, VP Mike Pence and their enablers that no member of the Trump campaign “ever” met with any Russians, reality crashed through as federal indictments were unsealed on October 30, charging two senior campaign officials with crimes related to their overseas dealings with businesses and individuals sympathetic to Russian President Vladimir Putin.

A federal grand jury saw enough tangible evidence to establish a preponderance of guilt, and issued 12 count indictments against Paul Manafort, chief strategist and former chairman of the Trump campaign, and his longtime business associate Rick Gates, who also served as a Trump campaign adviser. The charges against both parties include money laundering, tax evasion and conspiracy to defraud the United States.

Manafort was freed on a $10 million bond and Gates on $5 million. Both were placed on electronically monitored home detention until their trials.

This was the first salvo of indictments born from the investigation of Special Prosecutor Robert Mueller, and punched significant holes in the flimsy denials Donald Trump has peddled of having no Russian contacts. The White House is spinning that none of these charges indicate the president is implicated in the suspected collusion, and that these are incidental allegations on the periphery of a lengthy investigation by Mueller, and that his inquiry will be concluding soon.

Trump took to Twitter proclaiming vindication as no collusion was shown between Russia and himself in these indictments, instead pushing the blame toward his defeated 2016 Democratic opponent, posting “Why aren’t Crooked Hillary & the Dems the focus????”

The tweeting quickly ceased after it was revealed that the expected indictments were not the only legal action up Mueller’s sleeve. George Papadopoulos, an unpaid foreign policy adviser on Trump’s campaign, pleaded guilty to lying to the FBI about making false statements to investigators about his efforts to collude on behalf of Trump and Russian President Vladimir Putin.

This case provides the clearest evidence yet of links between Trump’s campaign and Russian officials who overtly interfered with the U.S. election process. Papadopoulos attempted to broker a meeting between Trump and Putin, and sought to acquire hacked information regarding Clinton with the oversight of senior Trump campaign staff.

Papadopoulos was arrested on July 27 and appeared secretly in federal court on October 5 to enter a guilty plea. Considering his lenient sentencing recommendation it’s surmised Papadopoulos cut a deal to work with prosecutors, and possibly was wearing a wire to record conversations between himself and Trump staff.

The Papadopoulos guilty plea is troubling for Trump on two fronts. One, that Mueller blatantly outmaneuvered the Trumpers and moved in stealth identifying this individual and locking down his guilty plea without anyone in the administration being the wiser. Who else in TrumpWorld might already be in Mueller’s pocket exchanging information to save their skin? Secondly, there is the possibility Papadopoulos was wearing a wire for nearly a month, conducting business with Trump associates and recording those conversations. It creates a whole new level of paranoia among an already exasperated White House facing daily scrutiny for potential illegal activities.

While the indictments of Manafort and Gates do not directly implicate Trump, it must be remembered that both held high level strategic positions on the campaign, and Manafort ran the show from the summer of 2016 through the Republican National Convention. If proven that Manafort accepted money to skew the Republican Party’s political platform toward preferential treatment of Russian and the Ukraine this would help explain the reasoning behind Trump’s insistence to never condemn Putin or accept the unanimous opinion from all U.S. intelligence agencies that Russia meddled in the 2016 election.

Particularly troubling for Trump is that these crimes are not ones that can be pardoned away. Mueller strategically set these indictments up so that if Trump issues pardons the crimes can be pursued in New York state courts.

Manafort could face 20 years at Rikers Island. That is not an atmosphere generally conducive to the survival of the country club set. Self preservation would dictate Manafort turn state’s evidence and roll on President Trump.

It should also be noted that Trump and all those orbiting his universe, especially family members have every reason to be concerned. The solicitation from Russians that Papadopoulos attempted to peddle and led to his guilty plea is the same crime that Donald Trump Jr. took the bait for and ran with. Don Jr. colluded with a bunch of Russians by setting up a meeting with them at Trump Tower that included Trump son-in-law Jared Kushner and then campaign manager Paul Manafort. With Manafort in play to avoid a lengthy jail sentence, all attendees at that meeting look good to face indictment.

Certainly the White House dearly hopes Mueller is nearing the end of his investigation, but if anything the scope is widening, and odds are these first indictments are merely the jumping off point. The case against Manafort and Gates alone could take six months to reach trial. This guarantees headlines reaching well into 2018, a prospect no Republicans cherish as voters could use the mid-term elections to punish Trump for lying to the American people, as nearly all his upper level staff had dealings with Russians. By electing Democrats to a majority in either the House or Senate, a check would be put in place ending any Trump agenda.

Reports already leaked indicate sufficient evidence exists to indict Michael Flynn, an important confidant of Trump’s on the campaign trail and later selected by the president to serve as his National Security Advisor. Against the advice of the Obama administration and the intelligence community, who already knew Flynn was dirty, Trump nominated the disgraced general, only to see him fired after 24 days, the shortest tenure in the office’s history.

Flynn’s son also is implicated in wrongdoing, and the thinking is Mueller will pressure Gen. Flynn to turn evidence on his former boss to save his child from jail and decrease his own punishment.

Trump vehemently promised to get “the best people” to surround him if he won. We’re still waiting for those people to show up. The list only grows of fired staffers and disgraced appointments associated with the Trump administration: Manafort, Flynn, Reince Priebus (chief of staff), Sean Spicer (press secretary), Anthony Scaramucci (communications director), Steve Bannon (chief strategist), Sebastian Gorka (deputy assistant to the president), Tom Price (Secretary of Health and Human Services)…

Through these first 10 months it has become blatantly obvious that Trump has a poor sense of judgement and an even worse vetting process.

Now Trump finds himself a prisoner in a cage of his own creation. There is no firing Mueller without facing impeachment. For a man with a staggering lack of humility, who neither believes in facts, science, evidence or the truth, it must be frightening to see this investigation closing in around his web of deceit.

I wonder if the light bulb has gone off yet about the imprudence of Trump’s beleaguering of fellow Republicans, the appalling disrespect he’s demonstrated to the intelligence community, the haphazard firing of prudent FBI Director James Comey, and blatant disrespect shown to the court system and its judges with his insults and pardoning of racist former Sheriff Joe Arpaio. These are resources that could have been available to bolster and aid an embattled sitting president, but Trump torched them all for short-term political gain. A tweet here and some red meat headlines to appease a meager and deranged political base.

Trump’s lying, bullying, divisiveness, misogyny, violence, white supremacy, race baiting, greed – it’s all out there on full display. The world and the American electorate has seen it, and no one will through a lifeline to this president or his cronies. There is no blaming Obama or Clinton to explain him out of it. A hard rain is gonna fall and it’s going to be fascinating to watch these rats scurrying about trying to find shelter in the cold reality of truth.

This entry was posted in News, Politics. Bookmark the permalink.