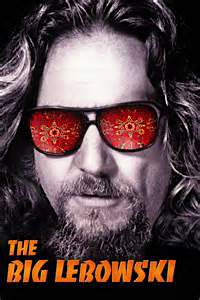 You really couldn’t script this any better if you tried. In 1998, the Coen Brothers released the film “The Big Lebowski,” about two men named Jeffrey Lebowski. One is an out-of-work, lazy, pot smoking, White Russian drinking hippie who is known as “The Dude.” The other is a self-made multimillionaire war veteran who is handicapped and lives in a huge mansion. Their paths cross when the millionaire’s trophy wife owes money to a known pornographer, and two thugs mistakenly urinate on The Dude’s living room rug in an attempt to coerce the wrong Lebowski into paying a debt he knows nothing about.

The Dude, wanting payback for his now destroyed rug, seeks out his wealthy counterpart, but ends up accepting the job of swapping ransom money with kidnappers who are holding the millionaire’s nympho wife, Bunny. What follows takes The Dude, and his bowling buddies Walter and Donnie, on a weird tale of intrigue, kidnapping, pornography, nihilists, White Russians, and more White Russians.

“The Big Lebowski” is one of those films that didn’t exactly impress at the box office when first released, but has since steadily become more popular as years go by. The Dude, played by Jeff Bridges, has spawned a philosophical following approaching a twisted religion for slackers, and his character along with the film reached cult status years ago.

Louisville is prime territory for the The Dude, and Will Russell started his own unique version of fan worship for the movie in 2002 by creating the Lebowski Fest, a two-day celebration of all things Lebowksi, including appearances by cast members, musical performances, screenings of the film, bowling and of course lots of White Russians.

In what could easily be a scene from the Coen Brothers’ film, Russell was arrested Saturday around 5:00 PM at Executive Strike & Spare, while actively taking part in the Lebowski Fest celebrations, by possessing marijuana, resisting arrest and menacing. 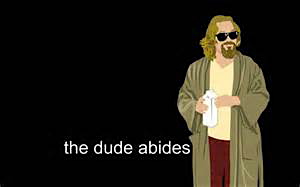 According to a report from the Louisville Metro Department of Corrections, Russell had been smoking marijuana in the bowling alley’s parking lot when police approached him. Officers reported Russell took a challenging stance with clenched fists, leading them to believe he may be capable of causing physical injury. As he was arrested, the report stated Russell “apologized for acting like a savage.”

His Dudeship has since been released from Metro Corrections, and on his Facebook page Russell wrote, “Don’t worry. Be happy for me.”

Life often does imitate art, just not always so amusingly. The Dude would be proud of upholding his norms and customs in such grand style, and somewhere Jeff Bridges must be smiling…

“Let me explain something to you. Um, I am not “Mr. Lebowski”. You’re Mr. Lebowski. I’m the Dude. So that’s what you call me. You know, that or, uh, His Dudeness, or uh, Duder, or El Duderino if you’re not into the whole brevity thing,” explained The Dude to the other Lebowski.