Posted on November 21, 2008 by theurbanllama 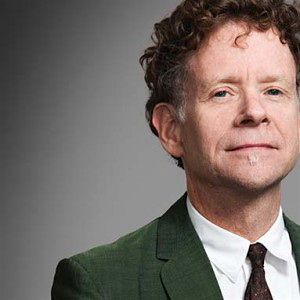 Con artist, chameleon, musician, writer and journalist. Those are some nifty identities to wear on your utility belt.  All play off of themselves and all enable Michael Hall to gain access to what he wants out of life and to the lives’ of the subjects he covers.

As a senior editor for Texas Monthly, Hall has had the occasion to write about issues covering the spectrum, from death penalty cases to Lance Armstrong’s performance enhancing ways, even his mother’s endeavors into the professional ranks of quilt making.  And his writing makes an impression.  He won the Texas Gavel Award in 2003 for his story, Death Isn’t Fair, regarding capital punishment, and was nominated for a National Magazine Award.

Hall is disarming in appearance and nature.  Of medium height and moderate weight, he has this cooked down Texas look.  With a day of stubble on his sunned face, modest soul patch and southwestern styled shirt, Hall has been broken-in nicely, like your favorite leather satchel.  But it’s the hair and glasses that complete the look.  The mess of tangled reddish curls mix fabulously with the thick black plastic frame glasses he sports.  Take a piece of Buddy Holly, a pinch of Elvis Costello and add a dose of Lou Reed and perhaps you can snatch a visual image of Hall’s appearance.

He’s not originally from Texas. His father was in the Army so they moved about, which exposed him to travel, different people and varying cultures.  Combining that with his cool demeanor and road sensibilities from being a touring musician, Hall has an easy worldliness that makes people want to talk to him.

“Yes I’m a liberal soft-handed guy from Austin, absolutely,” says Hall.  “But I go in there and I make it a point and I tell the writers the same thing…go into these little towns and start a conversation.  They are populated by crazy Republican rednecks but they are humans and you go and start a conversation with them and they are always friendly.”

Texas is a great place to practice this art due to the numerous subcultures, but also because in reality the Lone Star state is about like visiting a foreign country, if not several foreign countries mashed into one gigantic state.

Hall’s not by any stretch the only guy around who writes and plays a guitar in Austin.  They pretty much issue you an acoustic guitar upon entering the city limits, but Hall brings insightfulness to his lyric writing and journalism that is a brand apart due to his life experience. 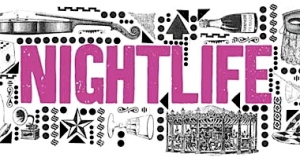 Steaming into middle age has not slowed him at all.  Hall has a current band, “The Savage Trip,” which is mostly acoustic because he claims they are old guys and he’s tired of dealing with drummers and bass players.  He also gigs with his superstar on again off again band The Setters featuring Hall, Walter Salas-Humara and Alejandro Escovedo.

It was his band the Wild Seeds that put him on the musical map.  Here his songwriting drew notice and highlighted Hall’s ability to craft offbeat depictions of the common man and his plight against the greater forces that exist in the world.

There’s an ironic and self-deprecating sense of humor at work here.  Hall and his band The Woodpeckers once hosted a “Gloriathon” at the Liberty Lunch in Austin.  They played the song “Gloria” for 24-hours with the assistance of numerous local musicians and even had Van Morrison phone in a lead vocal from England.

Hall rode the rock ‘n’ roll life seriously for a solid decade and then found he needed something else – a job.

“I saw the world and wrote some good songs and all,” says Hall, “and then all of a sudden I’m 39-years old and it was obvious that I was not Thom Yorke and so I needed to get a career.”

He had written before for his college newspaper at the University of Texas and for the Austin American-Statesman, among others, so writing was not new to him.  Hall set about it the same way he did writing his lyrics, by picking up rocks and looking in the nooks and crannies for the darker subjects less seen.

A career in music might have been nice but the benefits tend to suck.  Overall Hall is at ease with his life, no bitterness from what might have been – he’s on to new challenges. 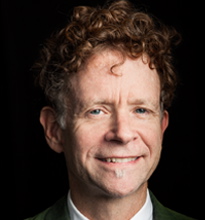 Currently he’s working on a huge cover story for Texas Monthly detailing a living history of Willie Nelson, which puts Hall right back in his wheelhouse, talking to people and getting them to tell stories.

Like Hall’s back story to his tune, Let’s Get Some Drugs and Drive Around, much of his life is about taking risks, about saying no to mainstream culture, about finding your own way to do something dangerous and out of that finding something real, even if the act itself was unbelievably stupid.

So let’s “gas up the car, and get some beer too, how about a six pack for me and a 12 pack for you – let’s get some drugs and drive around…”

You know that doesn’t sound like such a bad idea. I’ll bet taking that ride with Mike Hall would be a whole bunch of fun.